Note: See the Mini-game Demo section for more information about this demo.

Read more about Somnium Eleven on:

THIS MINI-GAME SHOWCASES ONLY ONE OF THE GAMEPLAY MECHANICS TO BE INCLUDED IN THE GAME. PLEASE SEE THE FULL GAME FEATURES LIST FOR VISUAL NOVEL ELEMENTS AND GAME FEATURES.

Our dev team has mocked up one of the mini-games that represents one of the three trials that will occur in the gameplay. Please note that this is a working prototype and has not been skinned with the game artwork yet.

We not only will clean up the gameplay so it runs smoother & is bug-free on mobile phones, but also will be adding additional bells & whistles to the mini-game to make it more challenging and intriguing.

Key takeaways from the demo:

Please note: the webGL version of the mini-game demo does not support Safari nor mobile phones as it is meant for PC demo play. We recommend using Chrome or Firefox on PCs instead. Thank you for your understanding!

In the middle of a school exam, jaded student Aria awakens to find herself in a mysterious colossal empire where magical technology thrives, and its citizens whisper legends of a patron god who watches over their world. To her surprise, she has already been selected as one of the candidates to compete to replace the imperial prince Soren, whose days are numbered as the result of an unfortunate magical accident.

As per the empire’s decree, the candidates must undergo three perilous trials to prove their wits and merits to ascend the throne should they survive. Competitors hail from all parts of the empire with aspirations of their own.

Faced with no other choice, Aria must now strive to train alongside other competitors, build her arsenal to gain support from the people, and use her wits to win the title as ruler for the only way to return home lies in the powers vested in the throne. 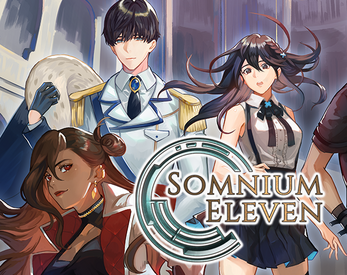